What Should You NOT Do At a Bachelor Party? 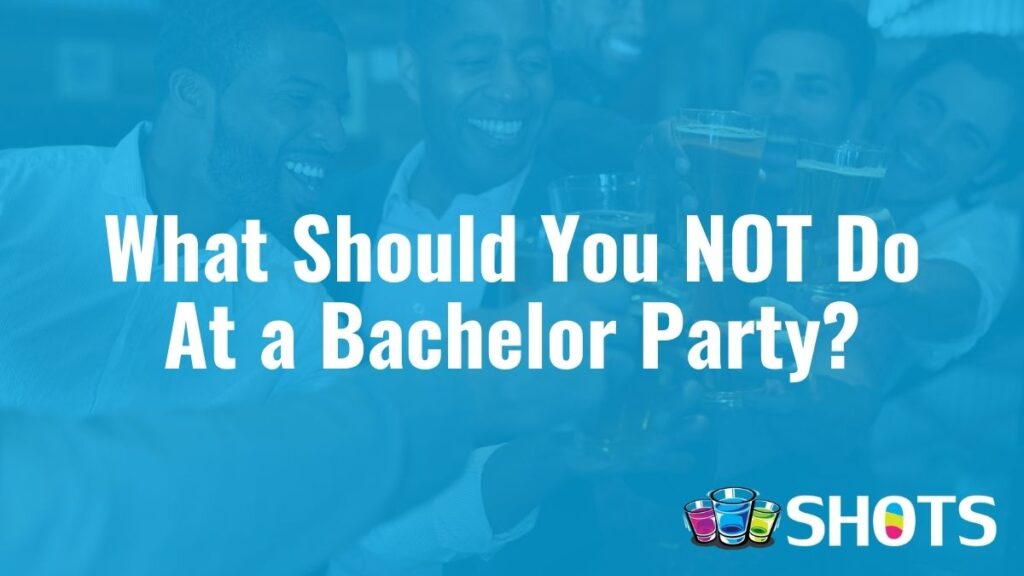 If you’re attending a bachelor party, it’s important to know what NOT to do. This can help make the party more fun for everyone involved, and keep you out of trouble.

Here are 6 things you should avoid doing at a bachelor party!

If you don’t want to end up with a bunch of unhappy people on your hands, it’s important to plan something that is within everyone’s budget. If there are some who can afford more expensive activities, they should be able to foot the bill themselves without making others feel pressured into spending money they wouldn’t otherwise have spent!

Planning something too expensive can also lead to disagreements and hurt feelings, so it’s best to avoid this altogether.

Luckily for you, clubs like SHOTS has options for every budget 🙂

Planning something the groom won’t enjoy can result in a lot of wasted time and money, so it’s best to avoid this.

If you’re not sure what the groom likes to do, ask him! He’ll definitely appreciate that you made an effort.

At SHOTS we have activities for all types – including those who love a good party and those who just want to hang out and have some fun!

And if you don’t want to plan anything at all, no problem! Just show up for a night of drinks and dancing with us – we’re sure he’ll have fun either way.

Not only will it make him feel like his friends care about him but also it shows that they are willing to put in effort even when there isn’t a direct benefit to themselves.

3) Don’t Invite Someone The Groom Hates

It might be tempting to invite that one person who always seems to ruin good times, but doing so is a recipe for disaster. The groom will not only be annoyed with you, but he’ll also likely spend the night avoiding that person.

Save yourself and everyone else the trouble and just don’t invite them!

We all know that one person who gets way too drunk at parties and winds up making a scene. Not only is this embarrassing for everyone involved, but it can also be dangerous.

If you’re planning on drinking, do so in moderation. This will help keep the party fun and safe for everyone!

5) Don’t Do Anything You’ll Regret The Next Morning

We’ve all seen the movies where people have a little “too” much fun during their bachelor party and they wake up the next morning regretting most of it.

This one is pretty self-explanatory! If you’re not sure if something is a good idea, it probably isn’t. So save yourself the embarrassment and just don’t do it.

This is a night to celebrate the groom and he shouldn’t pay for anything. Let him enjoy his last night of freedom without having to worry about footing the bill!

If you’re worried about how you will afford everything, don’t be! Most places have affordable packages that include food, drinks, and activities. So there’s no need to stress out.

At SHOTS we offer all-inclusive bachelor party packages in Miami or Orlando so you can focus on having fun!