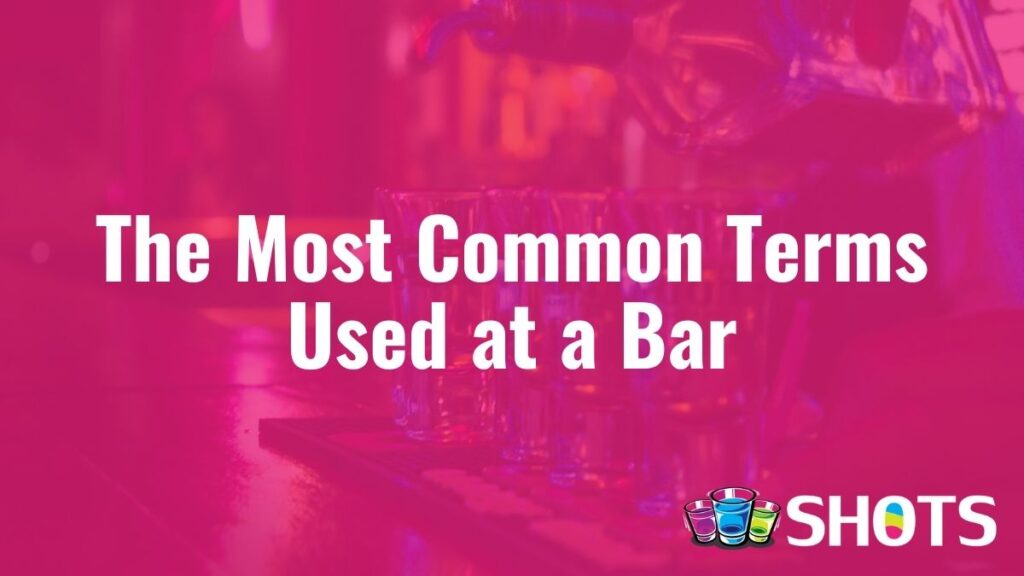 If you’re new to the bar scene, it can be confusing trying to understand all of the terminologies. What does “on the rocks” mean? What’s a “dirty” drink? And what the heck is a “virgin”?

Don’t worry, we’ve got you covered. In this blog post, we will go over the most common terms used at a bar. By understanding these terms, you’ll be able to order drinks like a pro!

A word derived from the term “licker,” which is used to describe non-alcoholic beverages that have been flavored with or contain ethanol. As a result, anything containing alcohol is a liquor.

Simply stated, spirits are uncomplicated alcoholic drinks with a proof of more than 40 degrees, whereas liqueurs (lick-oors) are blended with herbs and spices to enhance the taste.

One of the oldest and most popular alcoholic beverages in the world. Made from water, yeast, malt, and hops.

A type of beer that is made with a higher percentage of alcohol.

A type of beer that is made with bottom-fermenting yeast.

A type of beer that is made with top-fermenting yeast.

A type of beer that is dark and heavy.

A type of beer that is dark and has a strong flavor.

An abbreviation for “India Pale Ale.” A type of beer that is brewed with extra hops, resulting in a bitter taste.

A “neat” drink is as basic as it gets. It isn’t chilled beforehand or poured over ice. Simply pour your alcohol of choice into a tumbler or shot glass and you’re ready to go.

“The rocks” is a synonym for ice. A drink on the rocks comprises of a spirit poured over ice. Ice may be cubed, crushed, or shaved into small pieces.

A straight drink is a mixed drink that has been shaken or stirred with ice before being served. The liquor is then strained and served without the ice, resulting in a chilled and undiluted beverage.

Shaking a drink is the process of mixing all ingredients (including ice) in a cocktail shaker. This results in a colder and more diluted drink.

Unlike shaking, stirring does not involve adding ice to the mix. As a result, stirred drinks are less diluted than shaken drinks.

This refers to a drink made with bar olives’ juice, which adds salt and brininess to it. When ordering martinis, this phrase is most often used.

The drink should be mixed with a little bit of vermouth, just enough to give the alcohol a subtle vermouth taste. This term is generally used with drinks made of gin or vodka.

It’s all mixer, with no alcohol of any kind.